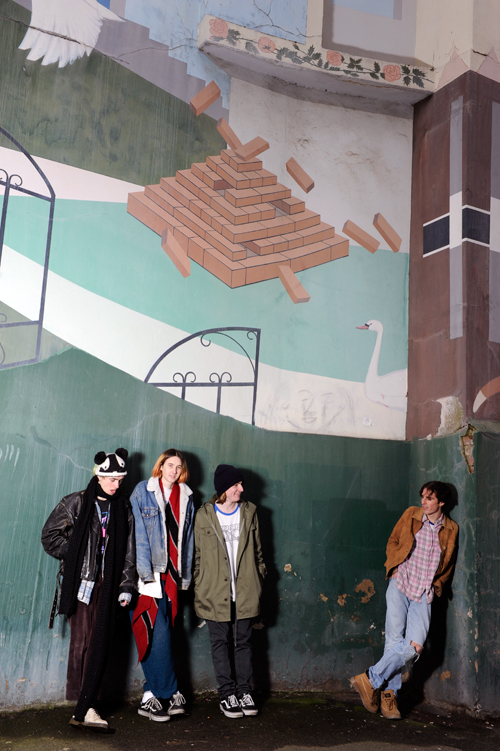 “We were gonna take them to London Fields Lido for a chat, but weirdly the lido owners didn’t want four kids who recently told us that they managed to get kicked out of basically every after-hours bar on an entire tour into their family-friendly pool. Buzz kills. We also tried unsuccessfully to go to a skate park and, erm, Wetherspoons, buuuuut we got there in the end.

Noisey: Hey! So we were gonna make you skate around Brixton, but it turns out you don’t skate. Soz about that.
Austin: Yeah, we just used to do it to get around so we could hang out in the summer and smoke a bit of weed. My mum’s getting annoyed about me talking about weed. My grandma reads the NME and every time we’re in there, there’s something about me smoking weed. She thinks it’s crack.”

Contact Karen using the form on the About page